Thomas Aubrey" />
Skip to content
Land value capture is an idea that appears to have come of age in the United Kingdom. Last weekend, the Conservative Party announced it intended to address long-standing compensation rules … END_OF_DOCUMENT_TOKEN_TO_BE_REPLACED

Land value capture is an idea that appears to have come of age in the United Kingdom. Last weekend, the Conservative Party announced it intended to address long-standing compensation rules as a key plank of its housing policy. These rules have acted as a major barrier to infrastructure investment, which is one of the reasons why housing supply has not been able to keep up with demand.

The release stated: “To further incentivise councils to build, the Conservatives also intend to reform compulsory purchase rules to allow councils to buy brownfield land and pocket sites more cheaply. At the moment, councils must purchase land at “market value”, which includes the price with planning permission, irrespective of whether it has it or not.”

The high price at which both private and public developers buy land has effectively prohibited large scale housebuilding for units that low and middle income households can afford. In addition, it makes the building of new infrastructure prohibitively expensive. Land compensation rules determine to what extent the municipality is able monetise the rise in land values. This rise enables the necessary infrastructure to be financed, opening up new land for housing, and providing a sufficient level of subsidised housing.

Although this mechanism is widely used across the developed world, in the UK it only works where the public authority is the owner of the land that covers the entire area of the scheme. A good example of this is the North-West Cambridge development undertaken by Cambridge University. It used the mechanism of land value capture to finance the £70m infrastructure, thereby unlocking land for around 3,000 homes to be built. If the University had to acquire the land at market values, the project would not have been viable. The value of residential land in Cambridge for 3,000 units is estimated at around £384m, which is more than the £350m the university borrowed from the bond market to finance the entire project.

However, this example where the public authority is both the landowner and infrastructure provider for the project is unfortunately the exception. Typically, large scale projects would need to acquire privately owned land and sometimes land owned by other public authorities such as the NHS. The current legal framework requires landowners to be compensated as though the land had residential planning on it. This in turn often makes projects unviable and reduces the ability to use land value capture as a self-financing mechanism for the necessary infrastructure.

The Centre for Progressive Capitalism has developed a land value capture database to be able to estimate how much money might be available for investing in infrastructure, including social housing. To exploit these income streams, however, would require the 1961 Land Compensation Act for England & Wales to be amended to exclude prospective planning permission being taken into account for compensation purposes. This would bring England and Wales in line with other developed economies around the world by removing the massive price distortions that continue to plague the land market.

Our analysis estimates that every year £9.3bn per annum flows to landowners as windfall profits instead of supporting infrastructure investment and housing. Over a 20 year period this amounts to some £185bn, which is a significant amount of potential investment that England is missing out on. Clearly, where land values are highest, such as in London, the returns to land value capture are also highest. For example, Centre analysis highlights that Crossrail II can be entirely self-financed, generating around £69 bn of land uplift on an additional 200,000 housing units.

But it is not just London that can benefit from this mechanism. City regions right across the country will also be able to unlock large scale investment. The Centre recently completed a project for Core Cities that assessed the potential levels of investment that could be derived from land value capture for each of the eight core cities in England in the event of reform of the compensation rules. The data shows that over the next 20 years, the eight core cities between them would be able to invest nearly £46bn in infrastructure, opening up new land for housing.

The scale of uplift is largely dependent on the scale of housebuilding, which in turn is linked to demand and the absolute size of the city region. The nominal 20 year revenues as a result of large scale infrastructure projects raising the rate of housebuilding generate quite diverse outputs, ranging from more than £11bn for the West Midlands Combined Authority to nearly £5bn for Manchester and just over £2bn in Liverpool.

The Centre has also recently made an assessment of the viability of the planned East West railway and found that it is also self-financing. The Centre modelled four scenarios that would lead to an additional £7-14bn over 10 years depending on the scale of accelerating housebuilding.

Given the state of the public finances, looking at best practice in terms of financing infrastructure to unlock land for housing is clearly the responsible thing for a government to do.

The implementation of new compensation rules is a progressive policy that will dramatically improve the efficiency of the land market by removing the massive distortions that have plagued Britain’s desire to build more homes. Furthermore, a policy that leads to higher levels of capital investment and also reduces windfall profits derived from economic rent is one that really can work for the many. The current system has clearly been working only for the very few.

Appendix: Notes on the data 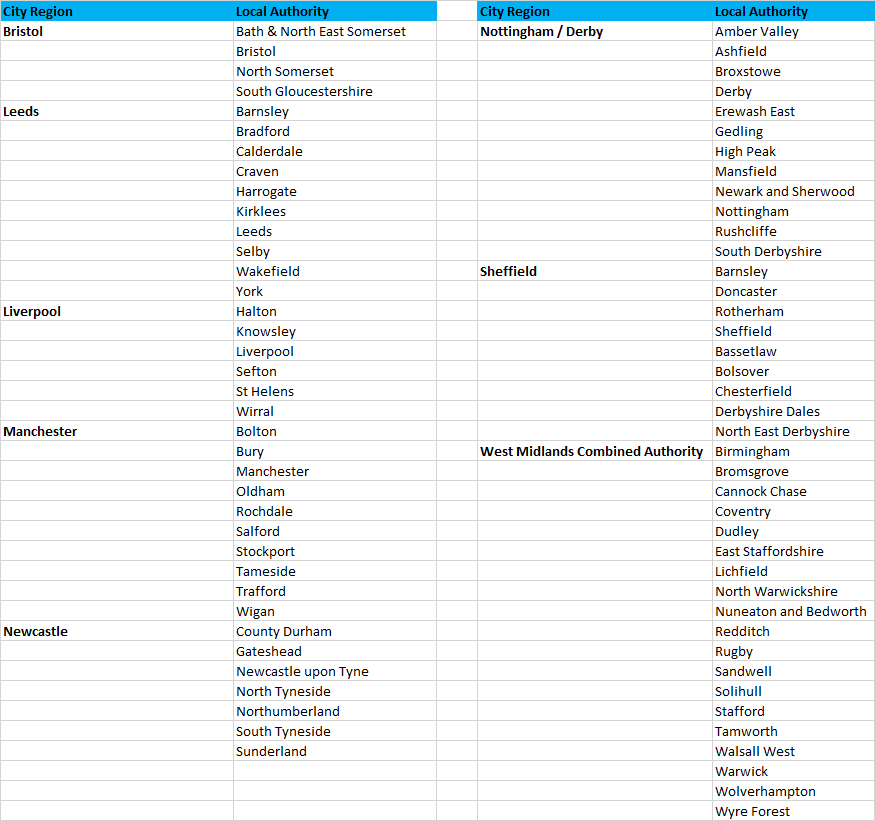 The image is ‘Taplow Riverside’ by Timo Newton-Syms, published under CC BY 2.0