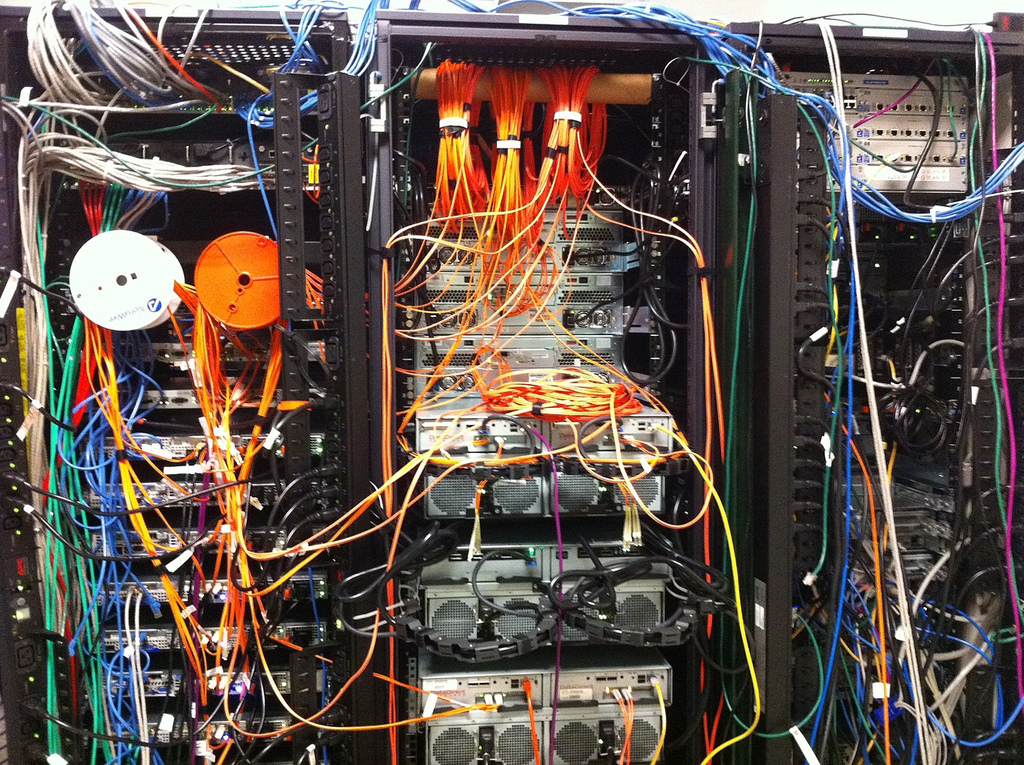 The application of new technologies that reshape production inevitably makes the skills of some workers obsolete. Managing the transition into new work should therefore be a key priority for policymakers

Long-run economic growth depends on the application of new technologies that reshape production, adding new kinds of work to the economy. As new work is added to the old work, the skills of some workers are inevitably made obsolete. Throughout history, this process of creative destruction has created enormous wealth, but also undesired disruptions. How places adapt and incorporate new technologies into new work can determine the fortunes of entire cities and nations. Managing the transition into new work should therefore be a key priority for policymakers.

1. The Computer Revolution and the middle class

Despite centuries of creative destruction the concern over technological unemployment has not materialised. The obvious reason for this is, as economists have long understood, that labour-saving technologies have effects on all product and factor markets. In short, an increase in the efficiency of production which reduces the price of one good, will increase real income and thus increase demand for other goods.

Technological progress has however vastly shifted the composition of employment, from agriculture and the artisan shop, to manufacturing, to service and management occupations. Doing so, it has benefited workers differentially. While the Industrial Revolution created the middle class, the Computer Revolution – beginning with the first commercial use of computers around 1960 and continued through the development of the World Wide Web and e-commerce in the 1990s – has arguably caused its decline. Computers and industrial robots have substituted for the same type of routine work that was once done by thousands of workers on assembly lines. At the same time, with falling prices of computing, problem-solving skills have become relatively productive, explaining the substantial employment growth in occupations involving cognitive work where skilled labour holds a comparative advantage. Maarten Goos and Alan Manning’s work on “Lousy and Lovely Jobs”, thus captures the essence of the current trend towards labor market polarisation, with growing employment in high-income cognitive jobs and low-income manual occupations, accompanied by a hollowing-out of middle-income routine jobs.

Nevertheless, the idea that technological progress favours skilled workers is largely a twentieth century phenomenon. The relationship between technology and the types of new work it has created has thus not been monotonic, meaning that economic history does not necessarily provide any guidance for policymakers seeking to understand how technological progress will reshape labor markets in the future. To understand how technology will alter the demand for skills and the type of new work that will be created, we rather need to look at the tasks computers are and will be able to perform.

2. The onset of the Big Data revolution

While computerisation historically has been confined to routine tasks involving explicit rule-based activities which can easily be specified in computer code, it is now spreading to domains commonly defined as non-routine. The rapid pace at which tasks that were defined as non-routine only some years ago have now become subject to computerisation is illustrated by seminal work of David Autor, Frank Levy and Richard Murnane asserting that: “Navigating a car through city traffic or deciphering the scrawled handwriting on a personal check – minor undertakings for most adults – are not routine tasks by our definition.” Today, about ten years later, these problems are sufficiently well understood that many related tasks can be specified in computer code and automated.

Recent technological breakthroughs are largely due to engineering efforts to turn non-routine work into well-defined problems. This is helped by the provision of “big data”. With the increasing availability of relevant information, computers can now do better benchmarking and pattern recognition than any human worker.

Furthermore, with the improved sensing available to robots, jobs in transportation and logistics are now, for the first time, at risk. Take the autonomous cars being developed by Google. This new technology may lead to workers such as bus and truck drivers being replaced by machines. Workers in administrative support functions are by no means immune either. The ability of computers, equipped with new pattern recognition algorithms, to quickly screen through large piles of documents even substitutes for the work of paralegals and patent lawyers. More surprisingly, our research suggests that many service and sales occupations, where the much of the job growth has occurred over the past decades, are also in the high risk category of automation. As the comparative advantage of labour in tasks involving mobility and dexterity will diminish over time, the pace of labour substitution in service occupations is likely to increase even further – the market for personal and household service robots is already growing by about 20 percent annually.

3. Half of the current jobs in the US could be automated

According to our research roughly half of the current jobs in the US could be automated over the forthcoming decades following these developments. Furthermore, we find that wages and educational attainment exhibit a strong negative relationship with an occupations probability of computerisation. The Big Data Revolution thus marks a potential turning point. While the manufacturing technologies of the Industrial Revolution largely substituted for relatively skilled artisans by simplifying the tasks involved in production, the Computer Revolution has caused a hollowing-out of middle-income jobs over the past decades. Looking forward, the next generation of big data-driven computers will mainly substitute low-income, low-skill workers over the next decades, exacerbating already growing wage inequality. As many of the safe havens for low-skill workers are likely to disappear in the near future, labour markets may face a time of technological turbulence.

So, if a computer can drive better than you, respond to requests as well as you and track down information better than you, what tasks will be left for labour? Our research suggests that human social intelligence and creativity are the domains were labour will still have a comparative advantage. Not least, because these are domains where computers complement our abilities rather than substitute for them. This is because creativity and social intelligence is embedded in human values, meaning that computers would not only have to become better, but also increasingly human, to substitute for labour performing such work.

Our findings thus imply that as technology races ahead, low-skill workers will need to reallocate to tasks that are non-susceptible to computerisation – i.e., tasks requiring creative and social intelligence. For workers to win the race, however, they will have to acquire creative and social skills. Development strategies thus ought to leverage the complementarity between computer capital and creativity by helping workers transition into new work, involving working with computers and creative and social ways.

Specifically, we recommend investing in transferable computer-related skills that are not particular to specific businesses or industries. Examples of such skills are computer programming and statistical modeling. These skills are used in a wide range of industries and occupations, spanning from the financial sector, to business services and ICT.

This image is servers by Alex, published under CC BY 2.0