Charlotte Alldritt" />
Skip to content
But the Commission’s final report misses an opportunity to put sub-regional devolution at the heart of a new approach to strategic economic management. “Rise up with me against the … END_OF_DOCUMENT_TOKEN_TO_BE_REPLACED 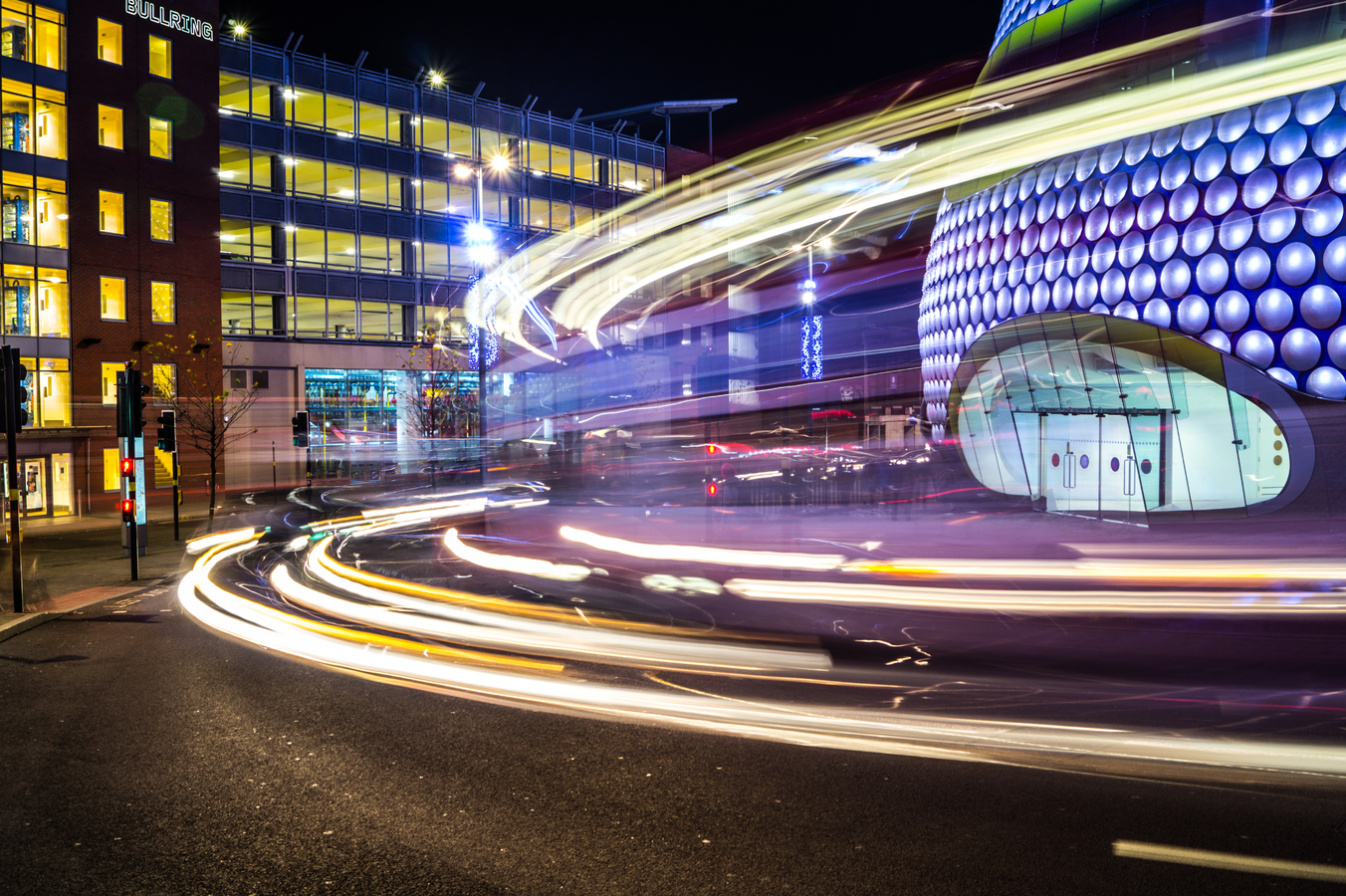 But the Commission’s final report misses an opportunity to put sub-regional devolution at the heart of a new approach to strategic economic management.

“Rise up with me against the organisation of misery,” rallied Sir Michael Marmot in his 2010 landmark review of health inequalities in the UK. Quoting Pablo Neruda lends poetic grace to the weight of Marmot’s quantitative evidence as to the ‘social gradient’ of health. Poor people die younger and get ill earlier. In their lifetime, people living in the most deprived areas of the country are likely to experience levels of ill health not seen amongst individuals in the least deprived areas for another 20 years. Health inequalities are inextricably linked to social and economic inequalities.  As the World Health Organisation (WHO) put it starkly, “social injustice is killing on a grand scale”.

The social and economic determinants of health have been known for decades, if not centuries – as Booth’s map of London poverty and public health testify. But the public policy community is only just waking up to the need to think differently as a result. In the UK the strain of protracted austerity is causing the NHS to buckle. In 2015-16, trusts recorded the largest aggregate deficit in the history of the NHS. It must be difficult to imagine a world beyond the Five Year Forward View period – which comes to an end in two years time – when surviving until the end of the financial year is hard enough.  The upcoming Budget is not likely to offer much in the way of a fiscal sticking plaster. Persistently poor productivity is one reason for this. Since 2008 UK productivity has slipped yet further against our international competitors. It is why real incomes have stagnated and fallen for many since the financial crisis, and why the government has taken an interest in the promise, or hope, of industrial strategy as a means to rebalance and drive our economy.

Moreover, the Chancellor and the Prime Minister both understand the need to ensure growth in the economy is broad-based; that prosperity needs to be widely shared and felt by ordinary working families – the ‘just about managing’ households – who are really feeling the pinch of rising job insecurity, falling real wages and, for the younger generations, the prospect of owning a home further out of reach. It’s a story we’ve heard constantly since the EU referendum. But without a marked change towards more inclusive growth, it’s a story that will be forever rewriting its final chapter with grimmer and grimmer statistics.

Last week the Industrial Strategy Commission (ISC) – chaired by Kate Barker – called for health and social care to be integral to the government’s industrial strategy. As the Commission’s final report explains, ensuring “an effective, efficient and financially viable health and social care system…is a key strategic goal for the UK.” Moreover the ISC argued that the strategy should “incorporate social care, public health, the NHS (as a market as well as a service), and the UK’s strong industrial sectors in pharma/life sciences and medical technology, as one whole system.”  This is an original and exciting prospect, one that could drive significant impact on multiple, intricately related aspects of our economy.

The centrality of health in the industrial strategies – so often pushed to the periphery of economic policy – could be a breakthrough moment. For too long, what constitutes ‘good’ economic policy has been wholly separate to what constitutes ‘good’ social policy. A decade ago, Michael Marmot explained: “It is estimated that inequality in illness accounts for productivity losses of £31 – 33 billion per year, lost taxes and higher welfare payments in the range of £20 – 32 billion per year, and additional NHS healthcare costs associated with inequality are well in excess of £5.5 billion per year.” Economic and social policy are flip sides of the same coin, and must integrated at a national and sub-regional level if we are to deliver the kind of system change needed to respond to the challenges of our ageing population and rapid technological change (particularly automation and its effect on the labour market).

In many of its recommendations the Industrial Strategy Commission followed where others have gone before it (including those which I can lay a claim to). Notably: an emphasis on place and devolution (e.g. Adonis Growth Review, RSA City Growth Commission); the value of social infrastructure as a legitimate driver of inclusive growth (Inclusive Growth Commission); diffusing innovation (Brookings Institution); and, new methods of measuring economic and social progress (Stiglitz, Sen and Fitoussi Commission).

But the Industrial Strategy Commission goes a step further with its health and social care proposal, linking place-based public service reform with the opportunity for world-class innovation, inward investment and wider productivity potential. Its ‘Universal Basic Infrastructure’ is a clever riff on the newly popular idea of Universal Basic Income, which the Commission argues cannot be sufficient to allow people and places to thrive. Finally, by proposing an independent Office for Strategic Economic Management (OfSEM), the Commission calls for a shift in the role of the State in the economy, arguing for more a strategic coordinated approach to growth where the benefits are felt right across the UK.

The Commission takes a broad definition of success. In ten years it would expect to see wellbeing of people increased, the resilience of local economies improved and greater balance between the regions of the UK. The report makes clear the interdependency of these aims, and tasks OfSEM to measure the extent to which sub-regional economies are adapting to local, national or global shocks. But there is a risk with this approach that it heightens the degree of centralised economic development, rather than informing and empowering devolved policy and investment decision making. They say that what gets measured gets done. In the UK’s centralised political economy, ‘by whom’ is just as important.

The Commission advocates further, faster devolution, and while it does not specify how, it is right to suggest formalising the means for collaboration between multiple city-regions. It would be exciting to see how this might materialise, building, for example, on the nascent pan-regional institutional structures, such as Transport for the North or the Midlands Engine Investment Fund. But will OfSEM have city leaders on its board? How else does it hope to ensure its activities reflect and respond to challenges and opportunities on the ground? Talk of the national economy or national productivity is abstract. The tangible, ‘real’ economy is in places, driven by people – their hard work, creativity and enterprise. Measure and management of the economy must be based on a bottom-up approach, grounded in place and in people’s experience of the local economy.

In just eighteen months – with Brexit, the election of Donald Trump and the rise of the far-right in major Netherlands, France and German elections – we’ve seen the politics of the ‘left behind’ become the only game in town. The challenge is how to create economies – locally, regionally, nationally and globally – which are able to deliver inclusive growth. Investment in physical and social infrastructure is key, notably health but also housing, education, early years, skills and retraining, employment services and affordable childcare.  All “familiar issues” the Industrial Strategy Commission acknowledges, “but it is less familiar to see these, rather than a set of sector deals, as the framing for an industrial strategy.” True, and in the absence of any rabbits being pulled out of the proverbial Budget hat on 22nd November, the government could do a lot worse than to instil this approach as the foundation for integrated growth and public service reform at a national level. Combine with regional devolution and ambitious, whole-place leadership on the ground, and we might start to make the promise of inclusive growth a reality.