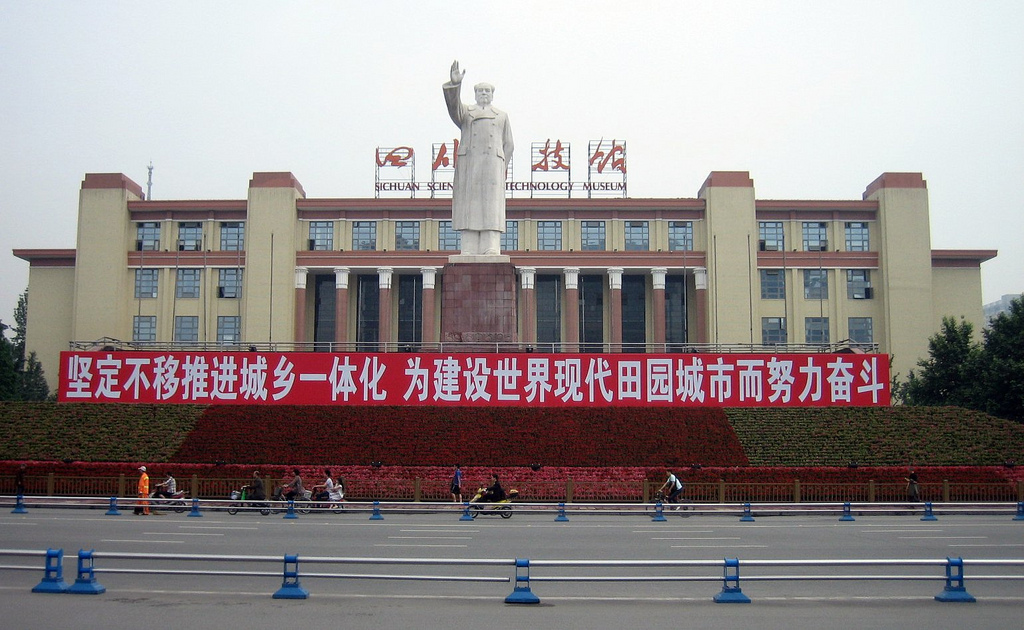 During the Great Leap Forward, provincial governors in China exaggerated the amount of iron each province was producing in order to please Chairman Mao. As long as iron production estimates rose, Mao seemed content. Sadly for China this approach did little for actual iron output, which fell instead of rising. It wasn’t until 1964 that output reached the levels achieved in 1958.

Some similarities can be seen with regards to housebuilding in Britain. Politicians on both sides of the political spectrum agree that the rate of housebuilding needs to increase, which has resulted in a culture of setting ambitious targets. But as was the case with early 1960s Chinese iron production, actual housing output levels remain far below the desired levels.

One critical factor that has generally been missing in the debate on housebuilding is the need to invest more in infrastructure, particularly for transportation. New rail and road links permit greater levels of housebuilding by freeing up new land for housing. Worryingly, the level of infrastructure investment remains very low when compared to other countries. The UK’s total infrastructure stock is only 57 per cent of GDP compared to 71 per cent in Germany.

But things are beginning to change. The Chancellor recently set up the National Infrastructure Commission to ensure that the state takes a greater role in delivering infrastructure. However, given the current fiscal constraints, it remains unclear just how a new wave of infrastructure, which could open up new areas for housing, is to be financed.

The challenge for politicians wanting to get the rate of housebuilding up to desired levels is that a 55 year old piece of legislation is standing in their way. In England and Wales, the 1961 Land Compensation Act ensures that the rewards from public investment flow to landowners instead of public authorities. Not only is this Act responsible for lower levels of infrastructure investment, but it also means that landowners are benefitting financially from the productive work of others, which is undermining the legitimacy of our economic system.

Analysis by the Centre for Progressive Capitalism shows that reforming the 1961 Act would have numerous positive economic benefits. This can be achieved by amending the Act so that land, designated in a strategic plan for transport and housing by a combined authority, would not take account of prospective planning permission with regards to compensation.

This would free up £172bn over the next 20 years for additional capital expenditure on infrastructure, increasing the viability of many new large-scale housing projects. It would also open up opportunities for smaller housebuilders to come into the market and generate up to 77,000 jobs.

Other benefits include shifting investment patterns away from existing assets towards more productive ones. This will increase output and productivity growth, driving up real incomes for a wider section of society. Finally, it would also alleviate pressure on the housing benefit bill. Spending 1.4 per cent of GDP on housing benefit is incredibly wasteful when other countries with well-functioning housing markets provide housing subsidies in the region of 0.4 per cent of GDP.

The inefficient functioning of the land market has long been a problem in Britain. Adam Smith lamented in the Wealth of Nations that “the small quantity of land therefore which is brought to market and the high price of what is brought thither prevents a greater number of capitals from being employed”. Smith’s target were local land owners who used their monopoly of ownership to restrict land coming on to the market.

It is disappointing that more than 200 years later there has been so little progress in making the land market work efficiently. When markets work for society, the benefits are far-reaching, raising incomes and reducing poverty across society. But when they are set up to benefit the few, they are just as damaging to the economy as spurious iron production estimates.

The image is ‘Chengdu Mao Statue’ by Prince Roy, published under CC BY 2.0