Thomas Aubrey" />
Skip to content
The shock of Brexit and the current fall in sterling has highlighted that Britain’s economic model has been broken for some time. To take advantage of the current predicament which … END_OF_DOCUMENT_TOKEN_TO_BE_REPLACED 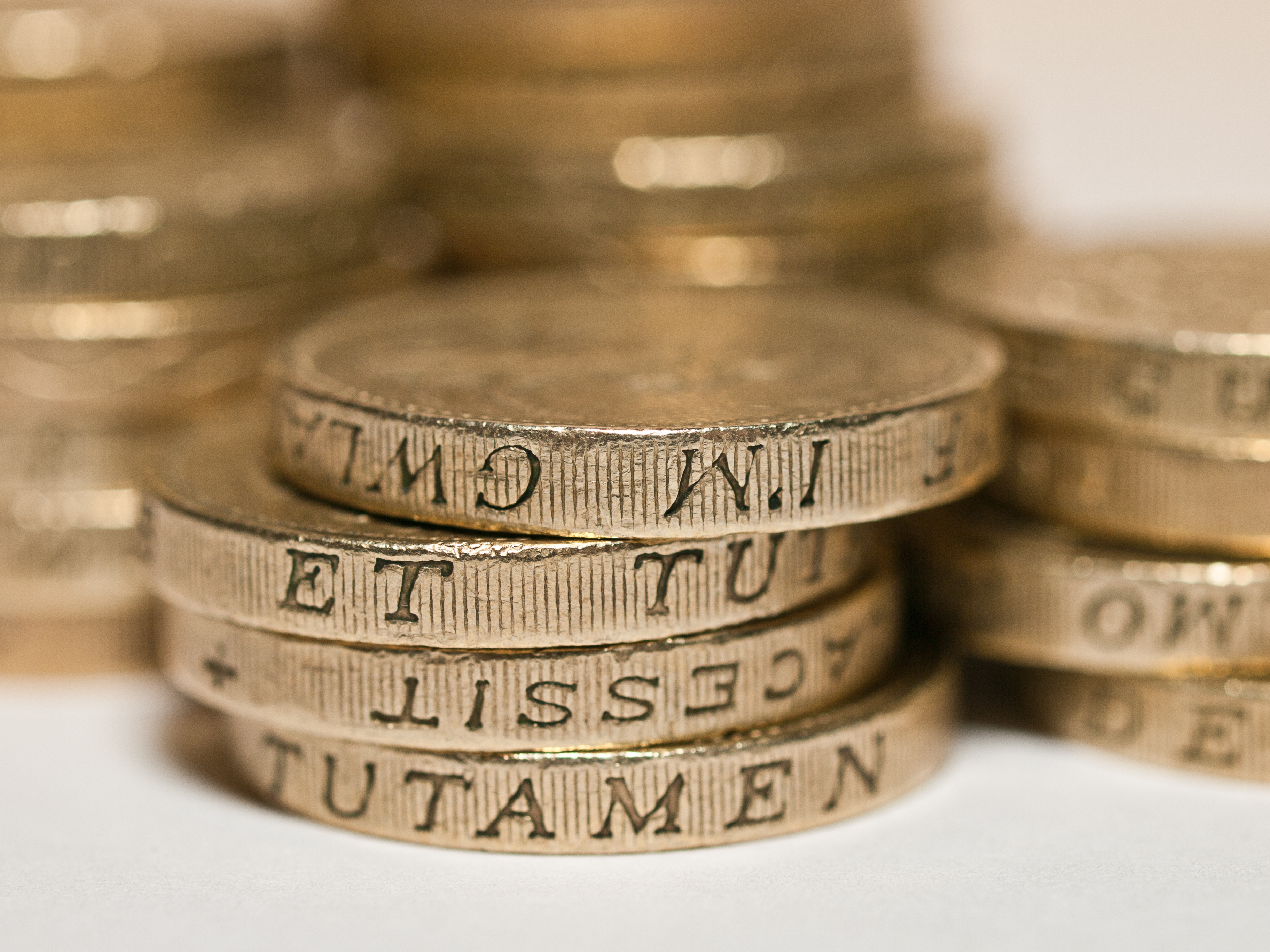 The shock of Brexit and the current fall in sterling has highlighted that Britain’s economic model has been broken for some time. To take advantage of the current predicament which will see lower levels of purchasing power will require a clear industrial strategy to focus on skills, and thereafter monetary policy

Niels Bohr, the great theoretical physicist, once said that prediction is very difficult, especially if it is about the future. Despite this assertion, sterling’s fall against a basket of other currencies in the event of a Brexit vote was anticipated. The short- to medium-term impact of leaving the EU is likely to increase friction in trade driving up costs, thereby reducing competitiveness.

The issue of a fall in sterling is of particular interest for the UK as it has been running a current account deficit since the early 1970s, only punctured by a short positive blip in the mid-1980s. The current account deficit, which is now at record peacetime levels of nearly 6%, needs to be financed by international capital flows. The recent fall in sterling can be explained by the expectation that international investors reckon that UK bonds, equities, property and companies are not worth acquiring given the new economic environment. However, looking ahead forecasters of sterling would do well to heed Bohr’s advice. On the one hand sterling might fall further, but investors might also decide that British assets at such low valuations are worth snapping up.

Sterling’s fall of 16% is likely to have a number of knock-on effects across the economy. Rising import costs will probably lead to lower levels of consumption as consumers’ purchasing power falls. It is also likely that long-term interest rates will begin to rise as prices begin to nudge up. It is plausible that consumers will shrug this off, driving the already negative savings ratio deeper into the red. However, the uncertainty ahead may change behaviour leading to consumers starting to live within their means, thereby curtailing consumption and reducing output.

Rising import prices can also provide opportunities for domestic firms to take advantage of the lower value of sterling and sell goods at relatively cheaper levels internationally. This could lead to an improvement in Britain’s trade deficit and potentially a manufacturing renaissance. The challenge with this assumption is it appears that devaluations lead to an improvement in the balance of trade generally when an economy is running at well below capacity.

An analysis by the Centre for Progressive Capitalism of the six devaluations and depreciations of sterling since 1918 highlights that a fall in the value of sterling only improved the balance of trade and the current account deficit in 1931 and 1992. The 2008 depreciation did lead to a marginal short-term improvement in the balance of trade, which was soon reversed as sterling appreciated. Given that the British economy is currently operating close to full employment, the assumption that the depreciation will transform Britain’s balance of trade remains untested. The extent that the devaluation of sterling becomes an opportunity will largely depend on how the labour market might respond.

Britain’s labour market is characterised by low levels of unemployment and high levels of participation. However, underemployment is pervasive with 2.8 million people wanting to work more hours than they are currently employed to do. Furthermore, the UK continues to have a high share of young people not in employment, education or training. Crucially though, the economy continues to have a large and chronic shortage of technical skills, which is preventing firms from exploiting existing opportunities.

The Centre estimates that there were 460,000 technical roles that were difficult to fill in 2015 – and this includes firms having access to the EU labour market. Clearly if firms are already struggling to fill these roles, then the labour market will not automatically adjust to any extra demand.

If British firms are to take advantage of lower levels of sterling, then an industrial strategy needs to focus on implementing a world-class technical skills training system that dovetails with the needs of each local economy. This will require every Local Enterprise Partnership (LEP) to have the detailed knowledge on the mismatch between the supply and demand for certain skills. Crucially, it will also require LEPs to have the capability to determine the courses and capacity that local further education (FE) colleges are providing, which in turn will need more investment as technical courses tend to be more expensive. It is only by up-skilling a large section of the workforce will firms be able take advantage of the opportunities to expand. This is also likely to have other positive knock-on effects with firms forced to increase their capital investment levels due to the fall in the pool of lower-skilled labour.

Using pioneering techniques developed in the fintech sector, the Centre is now able to provide a detailed mismatch for the supply and demand for technical skills for every local economy. This detailed analysis has already highlighted some major issues for the wider economy if it is to adjust.

For example, one region has a significant shortfall for vehicle maintenance staff but FE courses are only providing around a fifth of the demand. Conversely there remains a seven-fold oversupply of fitness instructors. Another area had nearly a five-fold undersupply of IT engineers and technicians preventing firms from expanding. In several areas there is between a five- and ten-fold under supply of electricians.

Crucially, one local economy which still has a manufacturing base had a shortfall of nearly 4,000 technical roles with an undersupply of the relevant courses between seven- and ten-fold. Again there remains an oversupply of courses in areas such as sports and fitness instructors as well as beauticians.

As technical courses are more expensive they will need to be financed somehow. Indeed, without any additional local funding, it is unlikely that FE colleges will be able to make these changes without incurring significant debts they will may struggle to pay back.

The mismatch between supply and demand not only means that the FE system is unable to provide firms with the appropriate technically-trained workers, but it is also preventing hundreds of thousands of workers from seeing a jump in pay by as much as £17,000 above the living wage. Such a jump in wages as a result of firms being able to expand would be a massive boost to the economy during an uncertain period, and would also enable firms to take advantage of the lower value of sterling.

Although skills is no longer part of the Department of Business, Energy and Industrial Strategy, central to any successful industrial strategy must be to ensure that Britain has a world class technical skills system. Once this has been established, care also needs to be taken so that the economy does not experience the same shock it had between 1997 and 2007 when sterling dramatically appreciated, resulting in its manufacturing base falling by half. Worse still, it led to a ballooning current account deficit supported by an overly-tight monetary policy, and the ability of international investors to acquire large swathes of British property assets and firms.

An industrial strategy therefore also needs to pay attention to the future conduct of monetary policy, ensuring that monetary conditions are not overly tight. In addition, government needs to ensure that the returns from property speculation are reduced by improving the efficiency of the land market and an expanded set of competition rules for mergers and acquisitions are vigorously enforced.

The shock of Brexit and the current fall in sterling has highlighted that Britain’s economic model has been broken for some time. However, the notion that there will be some automatic adjustment to lead Britain to a land of milk and honey is without foundation. To take advantage of the current predicament which will see lower levels of purchasing power will require a clear industrial strategy to focus on skills, and thereafter monetary policy.

There are reasons to be optimistic that this can be achieved. Niels Bohr suggested that an expert is someone who has made all the mistakes which can be made in a narrow field. British industrial strategy has made most of the mistakes worth making. But in recent years it has also shown an increasing continuity in terms of innovation and science policy along with devolution, which does bode well for the future.

The image is ‘Pound coins’ by William Warby, published under CC BY 2.0