Thomas Aubrey" />
Skip to content
Central banks’ drive to stabilise inflation in an increasingly globalised world has distorted the distribution of income. It is time for monetary policy to become central to the political debate … END_OF_DOCUMENT_TOKEN_TO_BE_REPLACED 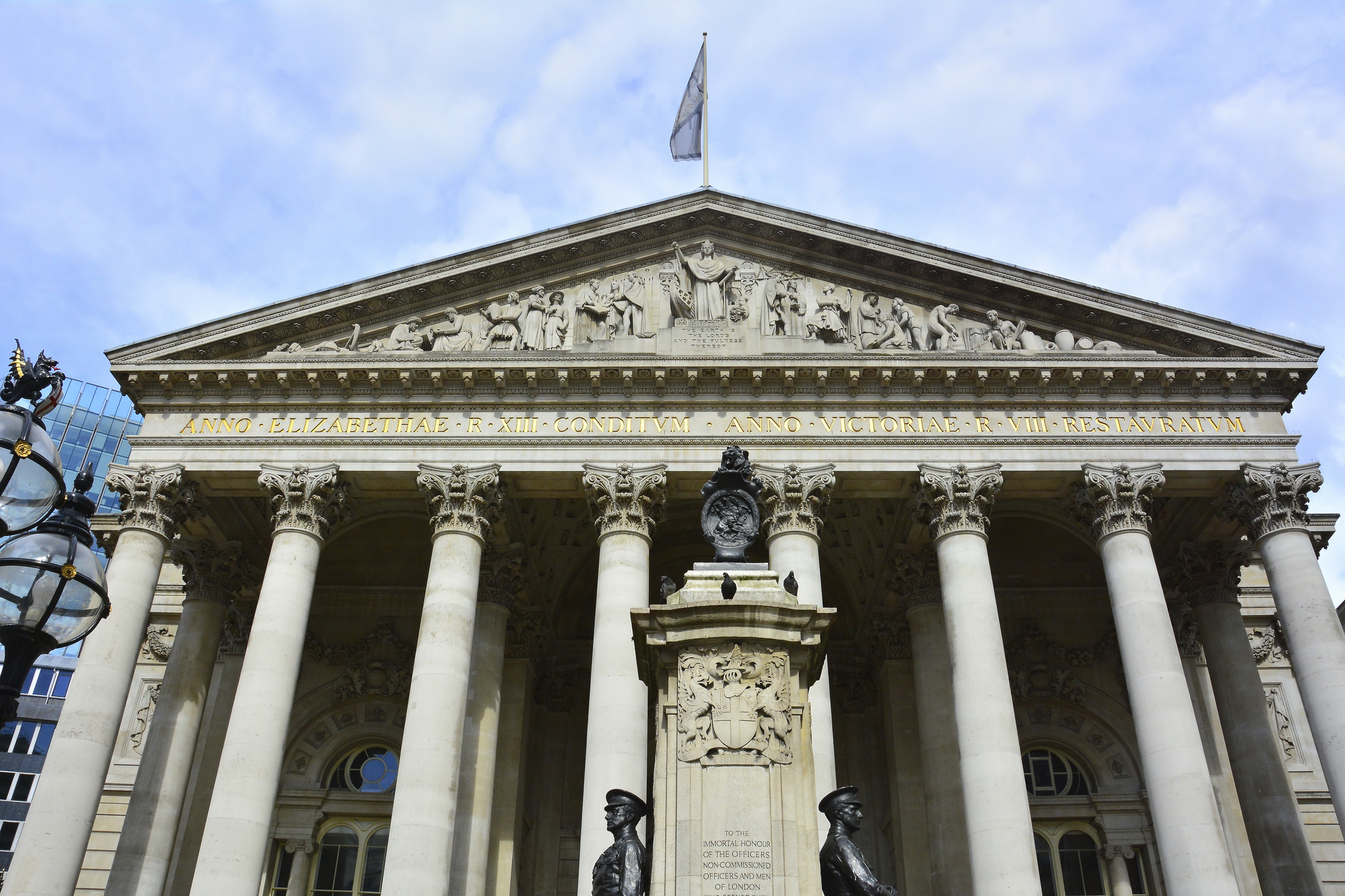 The current debate around the declining returns to labour and why workers are not benefitting from rising productivity growth through higher real wages has mostly focused on how nominal wages could be increased. Real wages increase when either nominal wages rise or the general price level falls. Given the downward pressure on nominal wages due to globalisation, monetary policy – which generally targets a 2% level of inflation – is preventing workers benefiting from rising productivity growth through falling prices. Hence inflation targeting is indirectly redistributing income from labour to capital with significant implications for future GDP growth and job creation. Targeting nominal income growth to equal the growth rate of total factor productivity instead would allow prices to fall in proportion to productivity growth, thus allowing the broader workforce to benefit from its productive activity.

The returns to labour which have generally been stable since the dawn of the industrial age, began falling around twenty five years ago across the developed world. Moreover, this decline in the returns to labour has been distinguished by significant differences across various income groups. According to the OECD, the wage income share of the top 1% of income earners increased by 20% whilst it slumped for those at the bottom end of the skill ladder.[1] Rising inequality when wages for low to middle income earners are stagnant or falling is clearly a cause for concern from a societal perspective. But it also raises broader macroeconomic issues given that this shift might also impact the level of aggregate demand and therefore jobs growth as lower income earners tend to have a higher propensity to consume.

Although economists are in agreement that the returns to labour are declining, there is not yet any consensus around what might have caused this shift. Some economists argue that the major driver has been globalisation with sectors exposed to greater international competition explaining much of the fall.[2] As less skilled workers are displaced by this process, they tend to gain new employment at lower wage levels.[3] The increase in the intensity of globalisation since the end of the Cold War and the rise of India and China is without doubt a major factor here. Other economists however argue that the substitution of capital for labour has also lowered the returns to labour.[4] One other factor that seems to have gone largely unnoticed is that this shift has coincided with central banks in most advanced economies embarking on policies to stabilise the general price level.

Since 2000, the economic effects of this decline in the returns to labour have become of increasing concern to policy makers. As shown in the bottom panel of chart 1, median real wages in the United States have been in decline since 2000 despite continued rising productivity. In the United Kingdom, real wages have fallen back to 2003 levels whilst productivity growth has stalled somewhat. The US data implies that even if the UK’s productivity growth picks up, it may not feed through to rising median real wages. More worryingly, the data in the US shows there is a strong correlation between falling median real wages and falling rates of job creation implying lower aggregate demand.

The relationship between declining returns to wages and lower consumption leading to falling aggregate demand was identified in a recent study by the ILO. The study showed that in most developed countries a 1% increase in income going to capital led to between a 0.2 and 0.9% fall in aggregate demand.[5] In essence, the OECD’s concerns about declining median real wages leading to lower aggregate demand and therefore a lower level of job creation are highly relevant. The question for policy makers then is how one might address this critical problem. According to the OECD “slowing down some of the key driving forces – technological progress and globalisation – is not a viable option insofar as these are the key drivers of economic growth that determine the size of the pie to be split between labour and capital.” The OECD recommends policy makers need to focus on increasing human capital skill levels so more workers can benefit from globalisation. Tax cuts for low and middle income workers would also help drive up real wages and therefore aggregate demand. However these policies alone may not be sufficient to increase real wages for all low and middle income workers.

Therefore in conjunction with these policies, governments also need to look at ways of mitigating the negative effects of rising prices given that living standards are driven by a combination of nominal wage growth and prices. This is particularly acute when it comes to housing, although housing is generally not included in estimates of the general price level. Over the last 30 years, house prices in almost all OECD countries have risen faster than real wages meaning that an ever greater portion of a household’s income is being directed to pay for housing services and away from other goods and services. In the UK, the ratio of house prices to income has risen from 2.65 in 1961 to 5.24 in 2011, implying that housing services as a portion of income has roughly doubled over the last fifty years.[6] An increase in the general price level reduces the purchasing power of workers causing real wages to fall, whereas falling prices increase the purchasing power of workers thereby increasing real wages. It is noteworthy that a sustained rise in the general price level has only taken place since 1939. Indeed, between 1700 and 1939 there was no sustained trend in the price level implying that increases in real wages throughout large chunks of history were not predicated on a rising price level.

Unfortunately the debate around the general price level seems to have become obscured by misunderstandings of the impact of falling prices rather than any rigorous analysis of its effects. This has been exacerbated by central banks failing to distinguish between good and bad deflation.[7] Bad deflation is the deflation that arises when a slump in aggregate demand results in rising unemployment, falling wages and lower investment. This can create a vicious circle of economic decline which for most economists was the central economic problem of the Great Depression. Good deflation occurs when rising productivity growth leads to falling prices which is exactly what has been happening in the technology sector over the last 30 years.

Prior to the 1950s a number of economists from both left and right argued that monetary policy should not target the price level, but that prices should fall in direct response to increases in productivity and rise when productivity falls. The so called “productivity norm” would therefore permit workers to benefit from rising productivity growth through falling prices thereby increasing real wages.[9]

At this juncture many economists and central bankers will argue that deflation in all its forms is bad. Deflation is supposedly bad for debtors because it increases the value of their debts. If prices fall due to productivity gains then creditors will benefit at the expense of debtors, however, as the real income of debtors has also increased they are not necessarily any worse off. Deflation is also supposedly bad for profits and therefore bad for investment and wages, and is also said to reduce consumption as consumers wait for prices to drop further before buying. An analysis of the US Technology sector shows these assumptions are misplaced. As shown in chart 2, producer prices have fallen dramatically in the US technology sector since 1990 (home electronic equipment, electronic computers, electronic components and accessories) whilst the general producer price index has risen by more than 50% over the period.

So what has been the impact of falling prices for the technology sector? The data shows that falling prices has been a boon for the sector because it has been able to increase its sales volumes as more consumers can afford to buy its products. Furthermore the idea that falling prices means lower sales volumes because consumers are reluctant to buy is not valid either. Consumers do not sit at their computer screens panicking about the dropping price of tablets, only to buy once they see price stabilisation. Finally, in terms of profits, the US technology sector has in fact been far more profitable than the broader US market. Since 1990 the US tech index outperformed the overall market by nearly 70%.

Chart 3: Out-performance of US technology sector vs total market

The net result of productivity gains being passed on to consumers in the form of falling prices can therefore be highly beneficial for an industry, for consumers and for an economy. Such an approach to thinking about monetary policy is however unorthodox. Many central bankers and monetary economists have traditionally argued that if prices are allowed to fall so will nominal wages leaving everyone worse off. Empirical evidence does not however back this claim up. Wages tend to be sticky as employers are generally reluctant to drive down nominal wages.

Moreover, there have been numerous periods in history where the general price level has fallen but nominal wages have not, thereby increasing real wages. The first half of the 18th century saw real wages in England rise with falling prices which influenced Adam Smith’s ideas in the Wealth of Nations. This occurred again in Britain between 1873 and 1896 and in the United States in the 1920s. The questioning of some of the fundamental building blocks of our monetary system such as price stability is long overdue, particularly when a number of leading economists have criticised state of the art monetary economics as entirely useless.[10]

Firstly, it would permit productivity benefits to be passed on to workers in the form of falling prices thus driving up real wages, increasing aggregate demand and the rate of job creation. Another major benefit of the productivity norm is that it can prevent large scale financial crises by limiting excessive credit binges. An increase in productivity growth drives up profits, which in turn leads to an expansion of credit and rising systemic risk.[12] A productivity norm would require the central bank to adjust monetary policy to stabilise nominal income which would result in higher real interest rates thereby increasing the cost of credit and curtailing its growth. Finally, slightly higher real interest rates would force companies to continue to drive productivity growth as a source of its profits given that they would not be able to benefit from ultra-cheap financing and relatively lower exchange rates. This was indeed the case between the mid-1970s and 1980s with West Germany which demonstrated rising productivity growth in conjunction with higher real interest rates.

In summary, rising inequality in conjunction with stagnant real median wages is not a good foundation for a prosperous society. Besides large sections of the population starting to see a fall in their standard of living, the reduced level of aggregate demand may well be insufficient to generate the jobs of the future. Although supply side policies to improve the level of human capital are crucial for governments to be promoting on top of tax cuts for low and middle income workers, without monetary policy permitting the rewards of productivity growth to be passed on to workers in the form of falling prices, future rises in the returns to labour may well be limited. Decisions taken by central bankers are not only critical to financial stability but also to the distribution of income as quantitative easing demonstrated.[13] This is why monetary policy must become central to the political debate once more.

The image is ‘London, Bank of England’ by Martin Pettitt, published under CC BY 2.0