Skip to content
Scaling-up pensions schemes would not just increase savers’ retirement incomes, it could have a significant impact on corporate governance and lead to better long-term returns The general election debate between the political parties was widely criticised by commentators for not tackling the underlying issues which face our economy and society. In particular, there was almost … END_OF_DOCUMENT_TOKEN_TO_BE_REPLACED 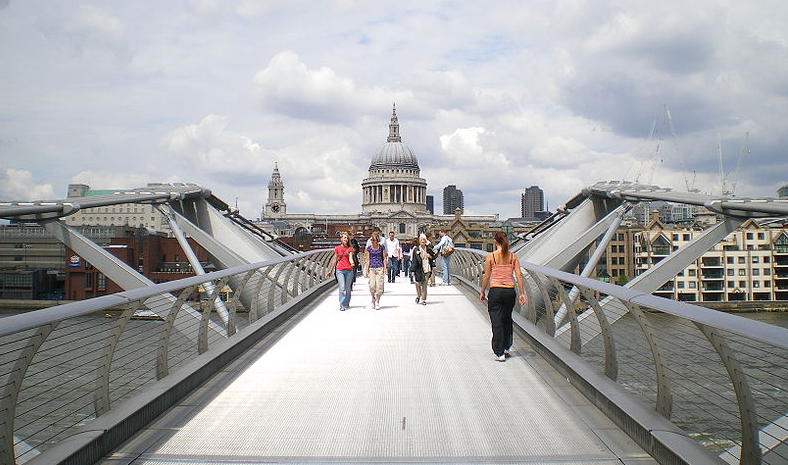 Scaling-up pensions schemes would not just increase savers’ retirement incomes, it could have a significant impact on corporate governance and lead to better long-term returns

The general election debate between the political parties was widely criticised by commentators for not tackling the underlying issues which face our economy and society. In particular, there was almost no focus on the United Kingdom’s woeful productivity record. Such a debate, including the way in which our wealth-creating institutions are governed, is too distant for most voters, but it remains the role of political leaders to demonstrate why these issues must be tackled.

Since the publication of the Cadbury report in 1992, the body of UK corporate governance has grown considerably. The code has undoubtedly had a number of positive impacts as the UK has not seen the scale of outright fraud which brought down firms like Polly Peck and BCCI in the early 1990s, or the raid by Robert Maxwell on the Mirror Groups’ pension scheme. However, the litany of corporate governance failures shows no sign of slowing down. Furthermore, the code does not seem to have had much impact on ensuring that companies are well run in order to provide investors with good returns.

During the financial crisis, banks like RBS failed as they were exposed to US sub-prime assets that fell in value. Others like Northern Rock had developed a business model that relied on capital market funding, which subsequently dried up. In both cases, management teams had embarked on unsustainable growth trajectories, and demonstrated an insufficient awareness of how to manage risk. More recently, the overstating over corporate profits at Tesco by £263m has caused another wave of criticism. Although most other leading firms have not been negatively impacted by such bad management decisions, returns to savers have been dreadful. The real total return on the FTSE 100 over the last 15 years has been just over 1.5 per cent per annum.

During Policy Network’s seminars on reforming corporate governance, two themes emerged that demonstrated flaws in the current framework. First, non-executive board members – who in many instances have little domain knowledge of the business – have little incentive to cause disruption and hold the management team to account. Second, data shows no link between the sometimes excessive rewards for senior managers and their contribution to the success of the firm.

A number of ideas were floated to counteract these failings including making the CFO report directly to the board and not the CEO, and that non-executive directors should be specialists and have skin in the game by physically acquiring shares in the firms they are advising. However, one issue that was consistently raised was that the owners of companies ought to play the central role in resolving these kinds of issues rather than imposing more rules on firms as to how they should behave. Furthermore, recent legislation has provided shareholders with a great deal of power to vote on corporate governance issues such as excessive pay awards.

The Kay Review lamented that very few people own shares directly today, most preferring to invest in funds to spread their risk. As such the fund management community has become the de facto group who are expected to hold boards to account through their ability to vote on executive remuneration, significant takeovers and mergers, and scrutinising directors’ behaviour through AGMs. However, there is not much evidence that this role is being given the priority it needs by all funds. This should perhaps not be surprising as corporate governance is expensive which would increase fees, and may require the business model of many firms to change. Moreover, those firms who do decide to play an active role end up sharing the rewards with others who chose to do nothing.

So, from a policy perspective, what might be done to fundamentally change the way in which shareholders interact with boards?

Around 20 per cent of the UK stock market is owned by domestic pension and insurance funds or individual investors who are investing for their retirement. A 20 per cent stake in a business provides shareholders with a great deal of power to direct the corporate governance of firms, and ensure that firms are better run and can generate good returns for retirement. However, the way the investment industry is structured means that savers who are the actual owners of firms have almost no voice in how companies are run for their benefit.

But if pension funds had scale, they would be able to have a far greater impact on how firms are run. This could be achieved by either investing directly in firms, as some very large pension funds do, or come to an arrangement with an asset management firm with a mandate to focus on specific areas of corporate governance including financial penalties if the mandate is not adhered to.

An analysis of the structure of the UK pensions industry today shows just how limited an impact most of these funds can realistically have on corporate governance. There are currently in the region of 46,000 workplace pension schemes in both trust-based and contract-based schemes (defined benefit and defined contribution). Trust-based schemes are run by a board of trustees who have a fiduciary duty to the scheme to act in members’ best interests. Contract-based schemes are mostly run by product providers themselves, usually insurance companies. In terms of size nearly 60 per cent of these schemes have fewer than 100 members.

This lack of scale not only means that there is less direct scrutiny of a firms’ management team by the direct representatives of savers, but also substantially higher costs than in other pension systems.

The benefits of scale: reducing costs

In countries where there is scale in the pensions sector such as Australia, pension operating costs are around 40 per cent lower than in the UK. The Australian pensions regulator has the capability to force mergers where there is insufficient scale to provide value for money. So the lack of scale is making UK pensioners on average 40 per cent poorer than their Australian counterparts assuming similar investment returns. However, there appears to be little political will to do anything in the UK. Recommendations to merge the 101 local government pension fund schemes – that lose over £1bn every year due to high costs – have been ignored. The merger of all the LGPS would create a fund of around £200bn in assets with huge costs savings for savers. The 48 local fire brigade pension schemes and the 57 local police pension schemes would also see huge financial benefits were they to merge.

The financial benefits of forcing scale across the pensions sector – in both private and public schemes – are clear and would also go a long way to addressing the criticism by the Office for Fair Trading that many trustees of small funds were not considered to be fully protecting the interests of underlying savers and did not have the necessary expertise. Corporate pension schemes would be able to utilise master trust pensions which allow schemes from different companies to merge, with trustees looking after all members. Master trust boards would generally include elected members from some of the companies participating. Besides the huge financial savings in forcing scale across the pensions sector, schemes with scale will also have a greater capability to invest in alternative assets such as infrastructure which can provide much better returns to match liabilities than government bonds. For example, the top 10 pension funds in Canada have invested around $400bn in Canada, including $100bn in real estate, infrastructure and private equity.

The benefits of scale: corporate governance

To date the corporate governance aspects of scale have been less explored. In economies such as Canada and Australia where pension funds have scale, their own governance structures are geared towards ensuring that investments are made for the longer term. This means taking an active approach to the firms they have invested in. For example the Ontario Teachers’ Pension Plan (OTPP) has a high level of public equity investment at 45 per cent. The fund tends to invest in firms with between 5-30 per cent of total shareholding, as well as large stakes in private firms. This permits the fund to have a much larger impact on corporate governance on behalf of their members, and to reap the rewards of that better governance. The result of this has been stellar returns of over eight per cent per annum for the last decade and over 10 per cent since inception. They are now one of the largest Canadian pension funds with over $150bn under management.

To achieve these returns requires a different attitude to investing which is summed up by the former chief executive, Claude Lamoureux. He established the Canadian Coalition for Good Governance with the aim of doing “what the Ontario Securities Commission and government with its laws have not been able to do … We want these companies to understand if they don’t have good governance, they’ll have trouble with us. If they fake figures, the accountants will have trouble with us. If companies give too many stock options, they will have trouble with us.” In 2013, the OTPP  also argued that the securities regulator should require all public companies to have at least three women on their boards to improve diversity. OTPP said that a voluntary option was unlikely to have much impact and that companies make better decisions when their boards are more diverse.

If the local government pension schemes were to merge, the impact of a £200bn fund for its members in terms of cost savings and ability to hold management teams to account more directly would be substantial. Unfortunately, the lack of scale in the UK pension system has meant that the people who care most about long-term returns have a minimal impact on corporate governance. Thousands of pension funds own a fraction of a firms’ shares, with the task of corporate governance usually delegated to fund managers. This delegation has not led to the level of scrutiny required to drive up governance standards and long term returns.

To bring about change in corporate governance, pension funds need to have scale, which is a policy that has been effectively pursued by Australia in recent years. With scale, pension fund trustees will be able to have a far bigger impact on the firms they invest in which is crucial in improving long-term returns, as well as seeing a revival in investment and productivity growth.

In summary, scaling up public and private pension schemes will not only reduce pension fund liabilities and increase retirement income for savers, but will lead to significant change in corporate governance, with greater power being transferred to pension fund trustees. This will allow savers a greater say in how firms are managed on their behalf to ensure better long-term returns. To do this, legislation will need to be introduced requiring funds to demonstrate to the pensions regulatorthat they have sufficient scale in order to provide value for money, or that there is a credible path to achieving the necessary scale. Failure to do this would lead the regulator to force merge schemes where value for money through scale is not being demonstrated.

Thomas Aubrey is director of the Centre for Progressive Capitalism and founder of Credit Capital Advisory. The Policy Network Corporate Governance seminars were sponsored by the BVCA

The image is London Millennium Bridge by Ki-Chi-Saga, published under CC Attribution 3.0