Andy Norman" />
Skip to content
Apprenticeships form a pivotal part of any country’s attempts to ensure its population has the technical skills needed for the economy to grow and thrive. An effective apprenticeships system … END_OF_DOCUMENT_TOKEN_TO_BE_REPLACED 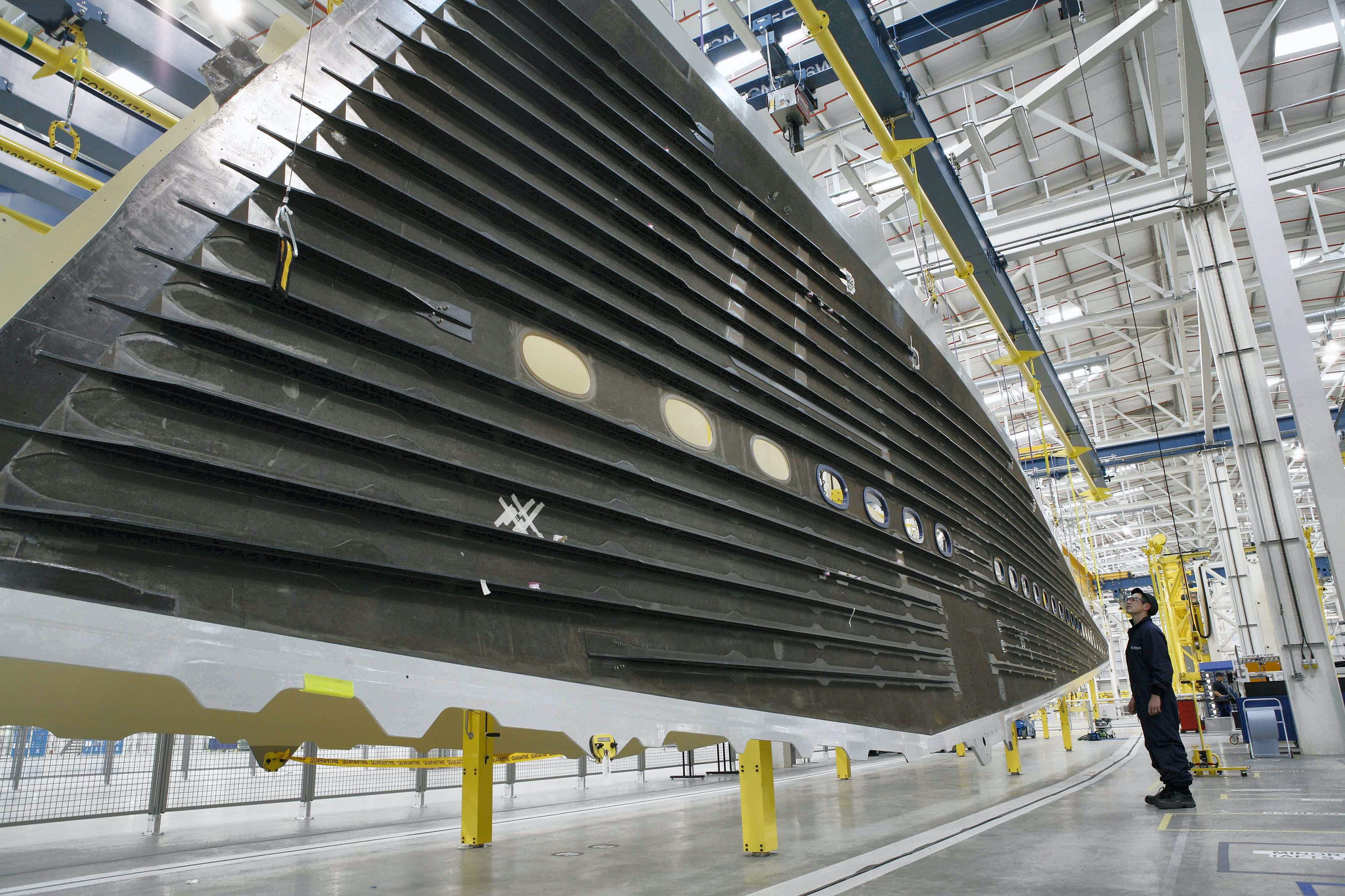 Apprenticeships form a pivotal part of any country’s attempts to ensure its population has the technical skills needed for the economy to grow and thrive. An effective apprenticeships system can reduce skills gaps, increase productivity and drive social mobility. While this area of skills policy is nothing new – the use of formal apprenticeships in the UK dates back to at least the 16th century – it is one that governments have continually struggled to get right.

The latest policy iteration is largely quantity based, targeting three million new apprenticeship starts by 2020, to be aided by the introduction of an apprenticeship levy on all large organisations. However, there is strong evidence that it is improving the quality, rather than increasing the quantity, that should be the government’s priority.

There are numerous examples of apprenticeships of questionable value to a national strategy designed to close technical skills gaps and boost productivity. One recent advertisement for a customer service apprenticeship ‘in a busy call centre environment’ consisted of duties including ‘dealing with incoming and outgoing telephone calls’ and ‘general admin support for staff’. The advertised salary was £3.50 per hour. Similarly, there are multiple cases of ‘sandwich artist’ apprenticeships at a popular sandwich chain being advertised on the government website, paying £4.00 per hour, with duties that could not reasonably be considered distinct from those listed for standard sandwich artist roles, for which the salary is usually £7.50 per hour. Another apprentice sandwich artist being advertised on the government website by a deli in the north of England pays just £3.50 per hour. Duties include ‘prepare sandwiches and a selection of meals’, ‘carry out cleaning duties’ and ‘wash dishes’.

These kinds of apprenticeships perpetuate the very low wage, low skill labour markets that they should be pulling people out of. They also do nothing to help the battle for parity of esteem being waged by those who recognise the value of a well-executed apprenticeship system. A system of apprenticeships that builds skills in answering phones, making sandwiches and washing dishes is not one we should be aspiring to.

Of course, a few bad cases in a system that deals in millions does not necessarily mean there is truly cause for concern. However, there is growing evidence that these may not be isolated cases. Analysis by the Centre suggests that in one local enterprise partnership area in the midlands 8% of all apprenticeship completions in 2014/15 were for contact centre and customer service occupations. What’s more, a further 3% of apprenticeships were for stock control and distribution clerks and 1% for cleaners and caretakers. In this LEP alone there were almost a hundred completions of diplomas in the hospitality services pathway – similar to those offered to the apprentice sandwich artists above – in 2015/16. It is therefore entirely possible that these apprenticeships make up more than 12% of the total. That would amount to 360,000 of the three million target.

It is not difficult to see how the target and the levy as they currently stand could cause this problem to grow. Under the new apprenticeship funding arrangements that came into effect in May, the incentive to abuse the system remains largely untouched. Suppose a sandwich shop needs to take on an additional sandwich maker. Hiring a fully-fledged employee will cost the shop £7.50 per hour in wages for anyone aged 25 and over. Yet if they instead rebrand this vacancy as an apprenticeship, they can pay the apprentice £3.50 per hour for at least a year, meaning they save more than £5,000 in wages per apprentice. If the company has a wage bill of less than £3 million, the government will even pay 90% of the additional off-the-job costs of hiring an apprentice rather than a full employee (plus an additional £1,000 if the apprentice is aged 16-18).

Even if the company is large enough to have to pay these costs via its own levy contributions, an incentive remains to counter what could be interpreted as a payroll tax by cutting wages. Rebranding entry level jobs or existing training as apprenticeships is an easy way of doing this. Evidence from a recent CBI survey suggests this may well be the case: two-thirds of employers planning to offer apprenticeships responded that they will rebadge existing training they already offer. Under pressure to meet the three million target, the Institute of Apprenticeships may be more willing to approve these kinds of schemes than before.

Similarly, an overall target of three million does not allow for a nuanced approach to boosting numbers. This is problematic because as we have seen, while all apprenticeships may have some value, when it comes to tackling the UK’s technical skills and productivity crises, clearly not all are equal. As such, the success of the government’s apprenticeship programme should be gauged on how many good quality apprenticeships are created in the right technical trades, rather than on reaching a gross target. 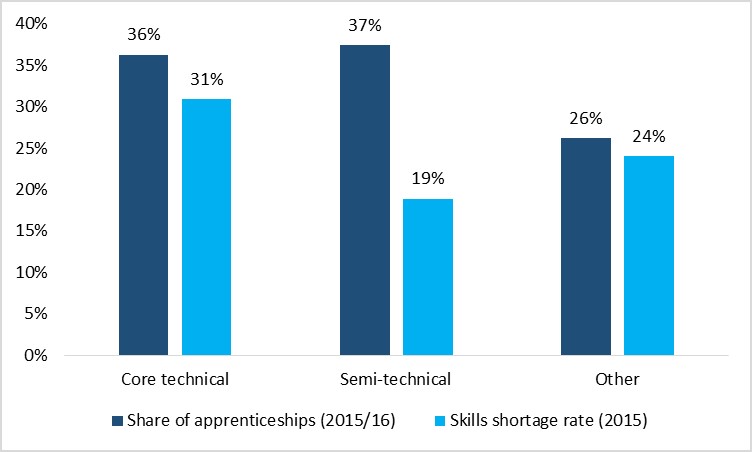 A shift in the types of apprenticeships completed would not only help plug the gaps in technical skills, it would also bring about a significant boost in wages. The salaries for core technical roles were around £5,000 more on average than those for semi technical roles in the UK in 2016.

The unmet demand for technical skills is huge. Analysis by the centre suggests that last year alone there were more than 430,000 core technical vacancies across the UK that employers were struggling to fill due to skills shortages. An expansion of apprenticeships can help to fill these. But if they are to do so policy must be clear about what apprenticeships are really for. Are they to fill low skill jobs, or are they paths into high skill, high pay technical trades? Do we want an apprenticeship system to fill cut-rate sandwich artist and call centre roles, or to develop the next generation of electricians, IT technicians and engineers the UK so desperately needs?

The image is ‘Airbus in the UK” by Department for Business, Innovation and Skills, published under CC BY 2.0