Skip to content
Skills analyst Andy Norman outlines the challenges of doing labour market analysis at the pathway level. Context The Sainsbury Report of the Independent Panel on Technical Education, published in 2016, recommended a simplification of the technical education route into 15 pathways. The Government’s subsequent Skills Plan confirmed its intention to reform the system such … END_OF_DOCUMENT_TOKEN_TO_BE_REPLACED 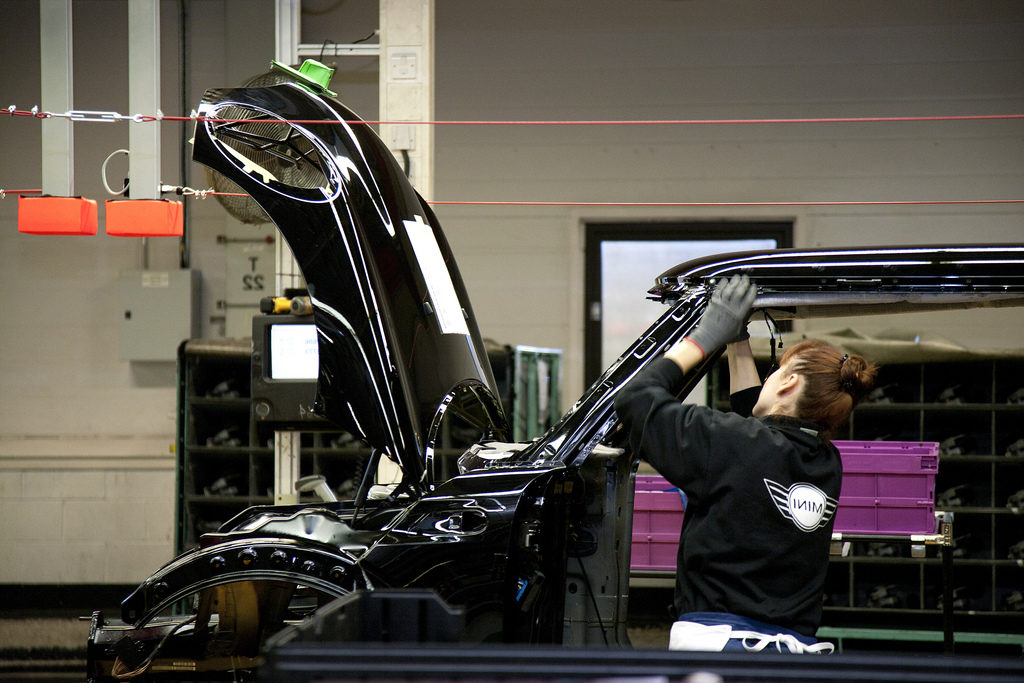 The Sainsbury Report of the Independent Panel on Technical Education, published in 2016, recommended a simplification of the technical education route into 15 pathways. The Government’s subsequent Skills Plan confirmed its intention to reform the system such that students who have finished their GCSEs would be able to choose between these 15 pathways into skilled employment upon entering technical education. This will principally be in the form either of T-Levels or apprenticeships.

The recent Industry Strategy white paper announced that the new Skills Advisory Panels will ‘produce rigorous analysis of the current and future supply and demand for skills and help areas form a clearer understanding of their skills requirements’. Giving local provision of technical education a greater grounding in local level data is a welcome progression for a system that has been undermined by consistent information failures in the past.

The white paper also announced that this analysis will be structured around the 15 new pathways. While it makes sense to align the data with the structure of the new system, analysis at this level alone risks missing important granularities in the data.

Taking a simplified example, suppose analysis shows that in one area over an academic year there were 5,000 skills shortage vacancies (SSVs) for positions relevant to engineering & manufacturing and 5,000 FE course completions in this pathway. At this level it appears that course provision is well aligned to the needs of local businesses. However, moving the analysis down a level, suppose that 4,000 of the SSVs were for engineering technicians, but just 1,000 of the course completions were in this skill area. Conversely, only 1,000 of the SSVs were for manufacturing operatives, whereas 4,000 relevant courses were completed. As these are unlikely to be transferable skills, the oversupply of manufacturing operatives is unlikely to compensate for the shortage of engineering technicians. As such, provision that appears to be in balance at the pathway level can actually be poorly aligned with the needs of local businesses.

Additionally, advertised salaries for positions within pathways vary significantly. The average salary advertised for positions linked to the construction pathway were as high as £38,900 for certain occupation groups and as low as £23,200 for others. Knowledge of the divergent value of different skills within pathways – both to the individual and local economy – is important for provision decisions, but is absent from analysis purely at the pathway level.

Average advertised salary of occupations in the construction pathway, UK, 2016 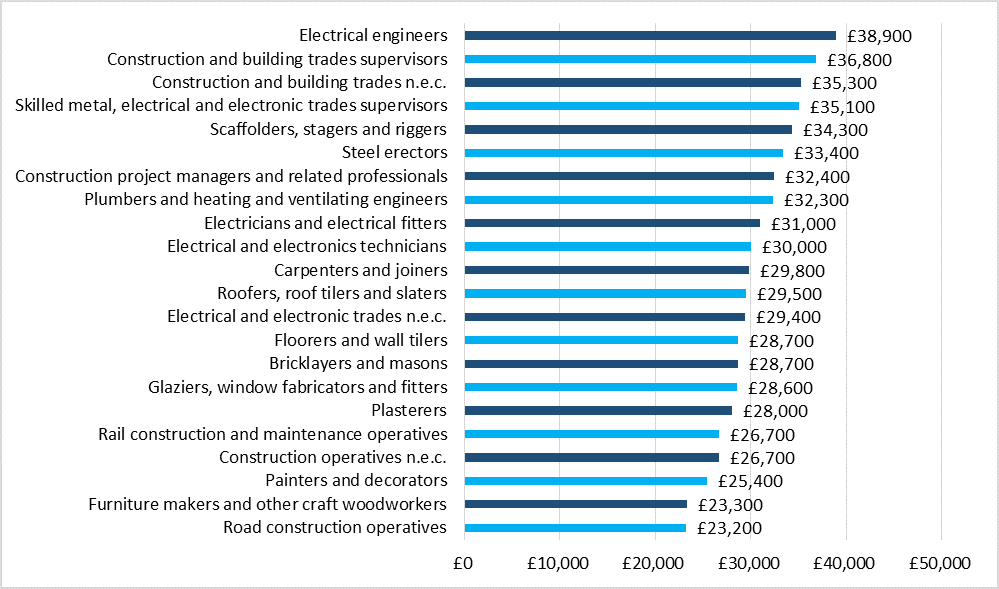 Photo credit: Department for Business, Innovation and Skills / CC BY 2.0